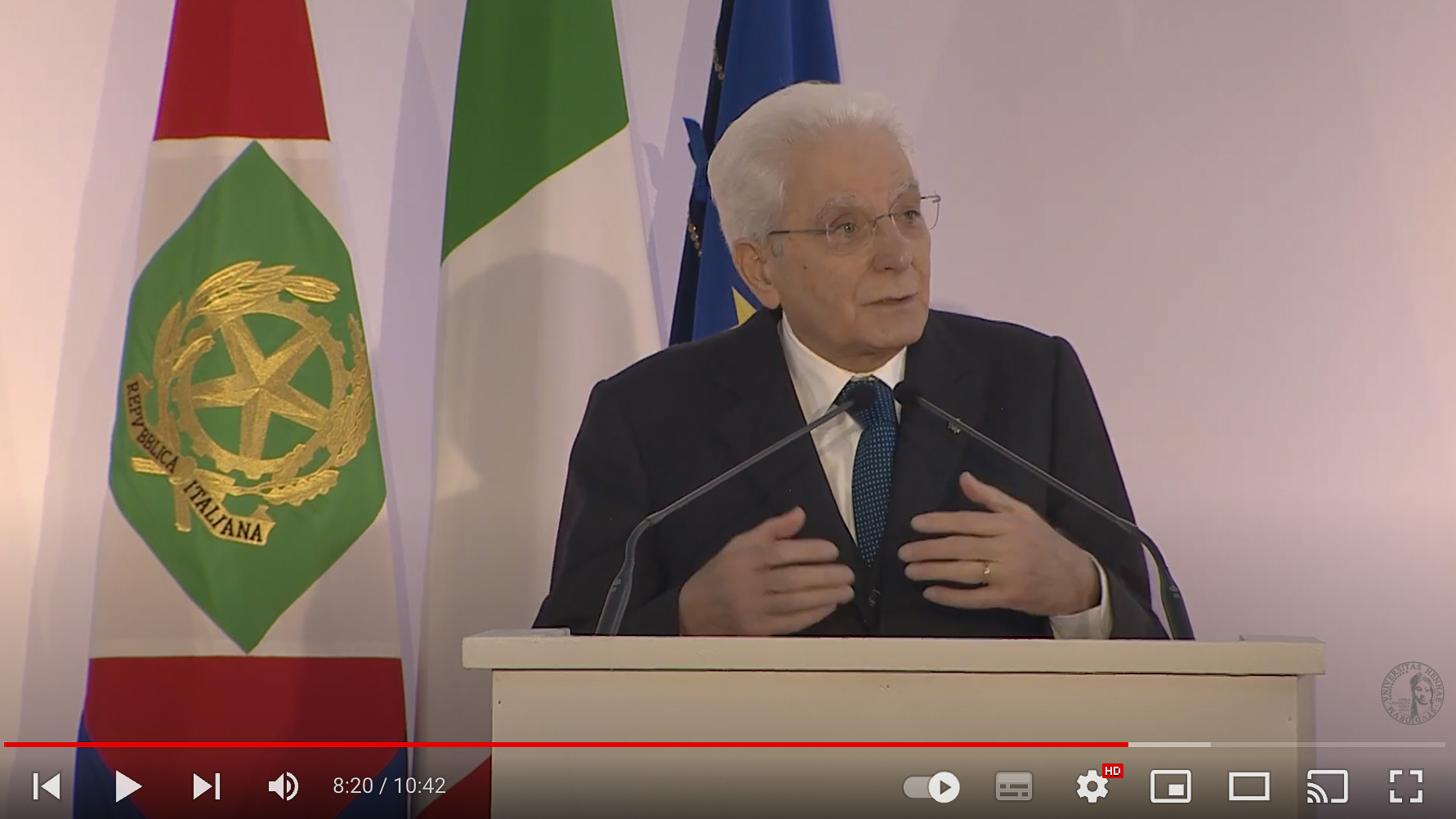 It is one of the newest private universities in Italy. Its legal status was legislated by the Ministry of Education, University and Research, (decree n. 116, 5 May 2005). Presently, more than 8000 students are enrolled at Kore.

Since 2008, the university of Enna offers a PhD in: – Policies and Comparative Rights in the Euromediterranean Area; – Political Party Systems and Policy Communication; – Mobility Systems Architecture; – Aeronautical Technologies and Infrastructures; – Integration Paths and Identity Processes in the Mediterranean System; – Psycho-pedagogy of Integration. The University Kore of Enna is the final result of a ten-year long experiment, the fourth institution of higher learning in Sicily in chronological order after Catania, Messina and Palermo. Kore has earned a national reputation of the highest order through the realization of multi-purpose-designed academic structures, innovative facilities, state-of-the-art laboratories, which have created the basis for teacher/student relationships that are impossible to find in other, larger universities. In this sense, Kore can be seen as an “avant-guard” reality for a modern multicultural and multi-ethnic university, the university of the new millennium. The prime objective of our university is to establish new educational “frontiers” in the Mediterranean basin, a vast region of different customs, traditions, cultures and of the history of ancient civilizations.

The mission of our university is not only to promote a greater awareness of Mediterranean cultural realities, but also to allow a permanent exchange of teaching staff and students between other universities, national or foreign, and also between the cultural institutions of the region. Kore constantly follows the student acadamic path thanks to an efficient tutoring system, guiding him to the point of being able to overcome any eventual learning difficulty. The student will also be kept properly informed about his career prospects, supporting needs which are far from family and home. 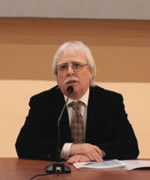 According to the Statute, the President is the legal representative of the University and is the guarantor of compliance with the Statute and the fulfilment of its aims.
It has initiative, coordination and implementation functions.

It is responsible for the quality assurance system and thus for the smooth operation and continuous improvement of the University’s two components: academic and administrative.

In relation to his responsibilities, the President may attend meetings of all other collegial bodies of the University without voting rights.

The President is elected by secret ballot by the Board of Trustees and remains in office for 4 years.

The current President of the University is prof. Cataldo Salerno, who was also its founder.

Prof. Cataldo Salerno, a pupil of Danilo Dolci, pedagogue and psychologist and former contract professor of Educational Psychology at the University of Catania, became a school manager at the age of 32 and subsequently served for over two decades as senior manager for inspection services at the Ministry of Education, Universities and Research, carrying out various study activities, including legislative work, both at the Ministry itself and abroad, particularly in the EU context.
He is the author of numerous scientific publications, some of them in foreign languages.

Prof. Cataldo Salerno, a pupil of Danilo Dolci, pedagogue and psychologist and former contract professor of Educational Psychology at the University of Catania, became a school manager at the age of 32 and subsequently served for over two decades as senior manager for inspection services at the Ministry of Education, Universities and Research, carrying out various study activities, including legislative work, both at the Ministry itself and abroad, particularly in the EU context.

He is the author of numerous scientific publications, some of them in foreign languages. 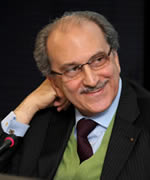 He chairs the CERBA Foundation (European Centre for Advanced Biomedical Research) in Milan.

He is President Emeritus of the Sicily Foundation and of the Italian National Commission for UNESCO.

Dean of the Conference of Italian University Rectors (CRUI), is a member of the National University Council (CUN).

He is President of the Foundation for Art and Culture ‘Lauro Chiazzese’ and of the ‘Biondo’ Stabile Theatre of Palermo.

He is Deputy Chairman of Banca Sistema.

He is an ordinary member of ASPEN Institute Italia.

He was awarded the title of Knight of the Grand Cross of Merit of the Italian Republic by the President of the Republic.

He was awarded the ‘Ambrogino d’oro’ of the city of Milan.

He was awarded honorary citizenship of the city of Palermo.

A freelance journalist since 1972, he has edited and continues to edit scientific journals and magazines.

He has devoted his scientific interests to aesthetics, philosophy and literary criticism.

In 2016, he edited the volume Sicilia in the Collana L’Italia, of the Istituto dell’Enciclopedia Italiana Treccani.

At the University of Enna, the Rector’s role is entirely devoted to the promotion, coordination and continuous improvement of the quality of teaching activities and scientific research, as well as naturally representing the University in all academic bodies.

The Rector is elected by the Board of Trustees and, after election, receives the approval of the Academic Senate. 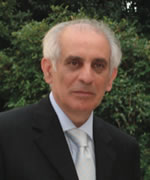 The position of the Director General, who replaced and complemented that of Administrative Director, was established at the University of Enna with the start of the 2011-2012 academic year. Salvatore Berrittella, who since 2007 has been leading the complex and efficient technical-administrative structure that decisively supports the quality of Kore’s services, has been appointed to this role.

Given his long experience over many of the years that have characterised the University of Enna project, Salvatore Berrittella also represents the historical memory of the University’s structural development, having participated directly in the gradual construction of its technical-administrative machine.

The Director General is appointed by the President of the University, after consulting the Board of Directors 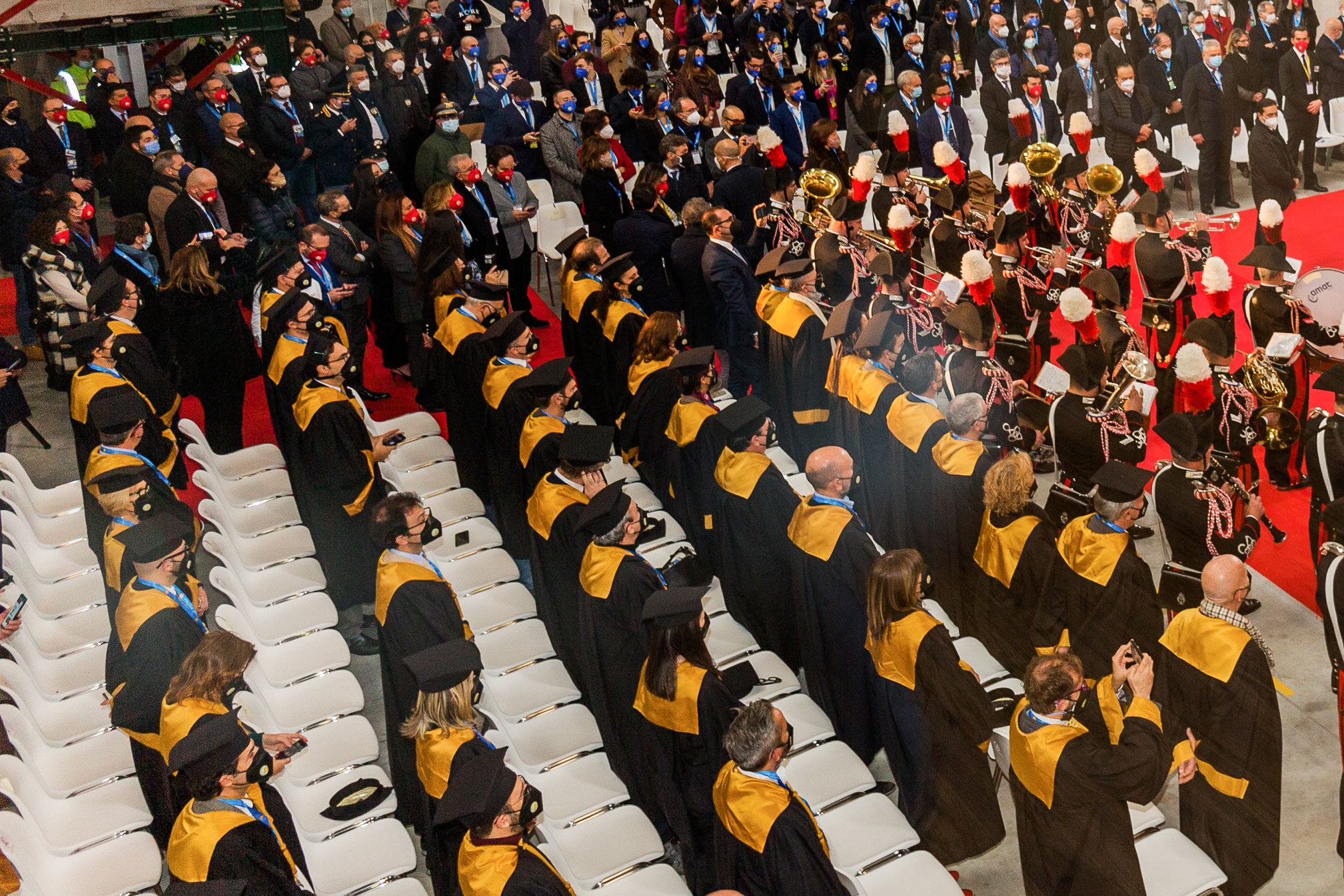 Professors and academic staff of the Kore University of Enna.

The quality of teaching is a must at Kore University.

The Kore University of Enna is one of the most appreciated Italian universities. According to surveys conducted in an anonymous form by the AlmaLaurea Consortium in Bologna, UKE is among the first places in Italy for the high level of teaching and the quality of educational facilities. 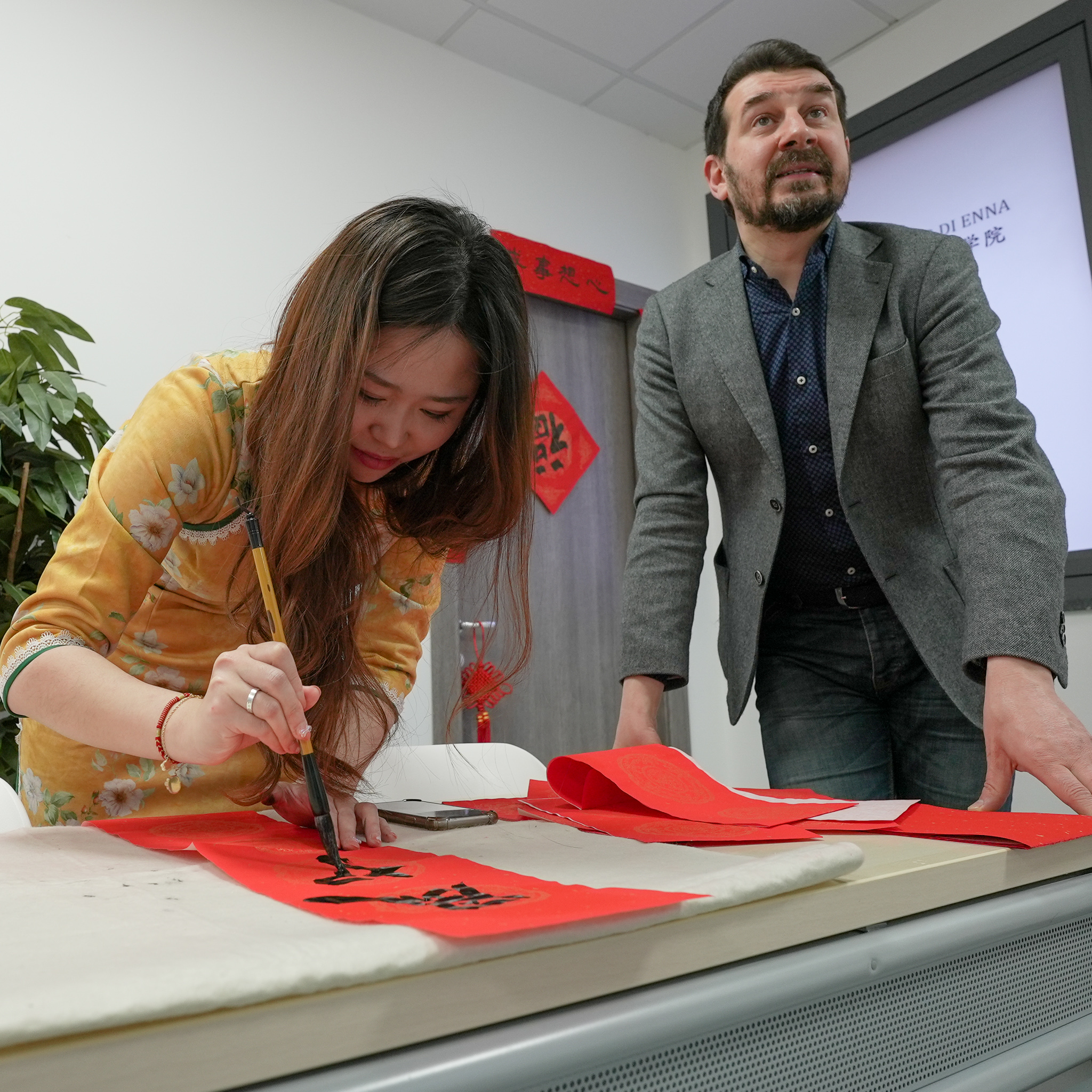 The Kore University of Enna supports and encourages collaboration with universities and research bodies worldwide.
To promote cultural and scientific internationalisation, Kore welcomes professors, researchers and students from all over the world.
For this reason, the University, through its academic facilities, encourages the hosting of highly qualified lecturers, researchers and scholars and international students.
UKE pays particular attention to the internationalisation process and collaborative relationships with foreign universities.

Indeed, internationalisation is considered a strategic and central element of academic life for developing research, teaching and the organisation of studies of the entire university community.
There are currently around 200 agreements formalising various types of collaboration activities with universities.