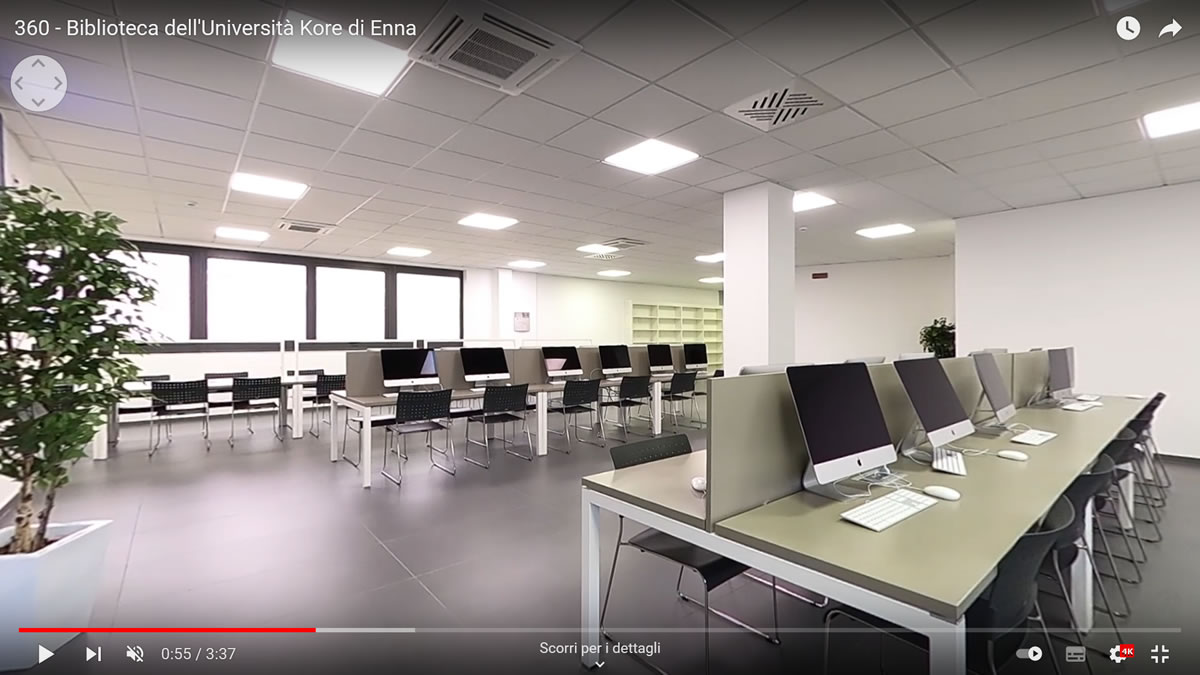 With 1,000 seats and almost 10,000 square metres, the Library of the University of Enna Kore provides a university library of books and scientific journals, e-books, electronic journals and databases for research.

But there is much more: study rooms, computer stations, 600 lockers, courses on how to do bibliographical research or compile a bibliography, inter-library loan and document delivery.

All these services are free of charge for UNIKORE students.

The Library has collected numerous funds and book donations since its foundation.

They include eminent personalities who have taught and held positions of responsibility within the University.

It was decided to group their collections into so-called “closed funds“, i.e. funds that will not be implemented later, in order to better highlight the figure of the donor: this is the case for the Pettinato fund (Prof. Giovanni Pettinato Professor of Assyriology and Near Eastern Archaeology) and the Vallaro fund (Prof. Michele Vallaro Professor of Arabic Language and Literature).
Other collections of considerable importance have been placed on the open shelf and also represent a valuable contribution to the study.

The University Library, which already holds an important collection on the language and culture of China, opened a Chinese Corner in November 2014.

The Chinese Corner provides readers with books in Chinese and on China, obtained through an agreement with Hanban, the institution responsible for disseminating Chinese language and culture throughout the world.

New additions to the Library’s Discovery are available through the periodically updated publication of the newsletter of new acquisitions (by purchase, gift, exchange).

Users are also advised of free web resources that have been found to be scientifically valid and useful for study and research.

Most of the electronic resources can be consulted via the Internet from any location connected to the University network.

Institutional users, students, lecturers and staff, can also consult the subscribed electronic resources from outside using the EzProxy service.

On the other hand, some electronic resources can only be consulted at the library due to contractual access restrictions (limited number of simultaneous users, need for passwords, subscriptions with a single user licence).